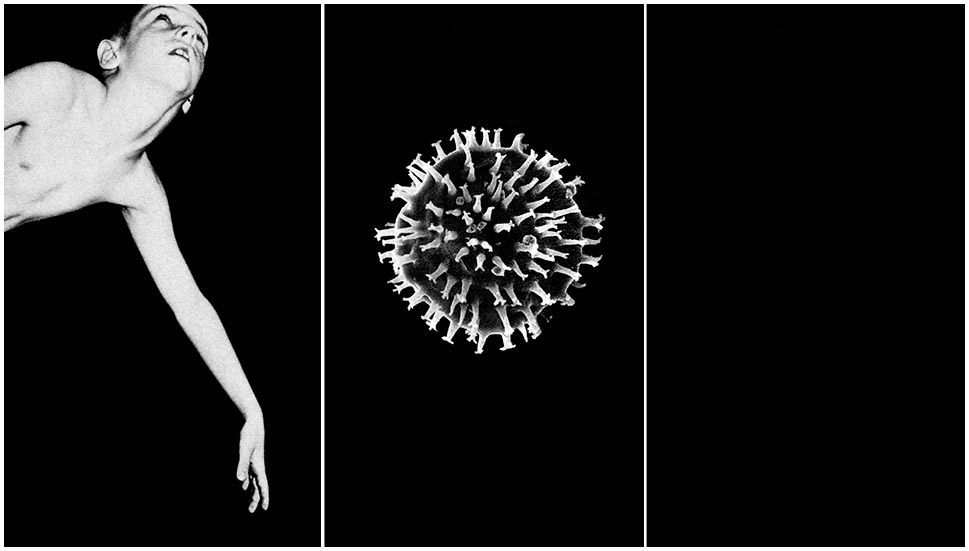 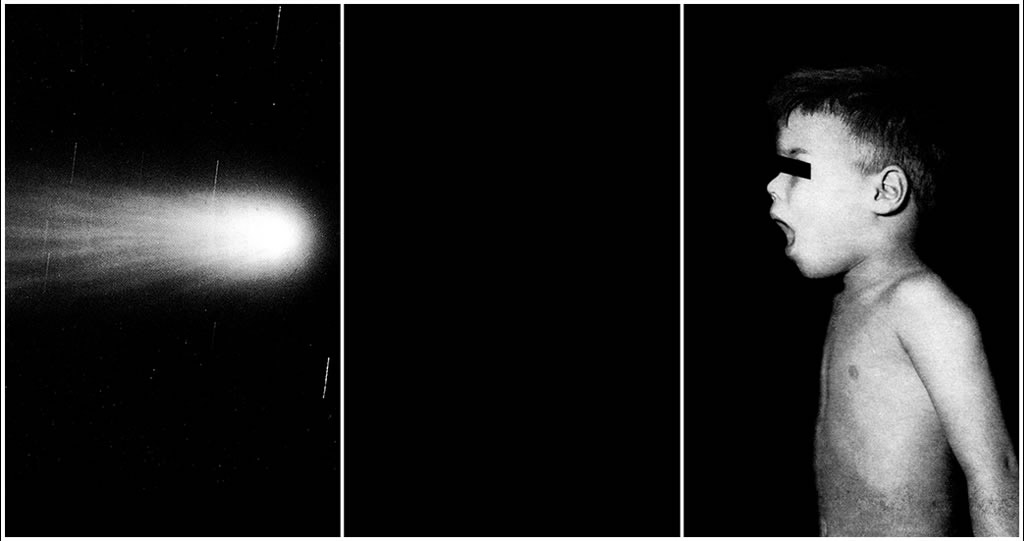 In Gods and Heroes I appropriate from a wide variety of scientific textbooks. I cannibalize and collage this existing imagery to create stark visual poetry out of unlikely combinations of scientific “specimens”. The resulting narratives are unsettlingly intimate. Children, naked and isolated on fields of black, move toward or shiver away from aggressive natural elements. The children are frozen in dances of fear and fascination. These dramas unfold on a heroic scale.

This body of work evolved out of the mingling of two streams of thought. First is the recollection of greek myths which explained the workings of the universe, particularly tales in which Gods preyed on mortals, seducing or attacking humans in the guise of natural elements: a swan, a heavy mist, a shower of gold. The second is the inspiration of modern scientific texts, in which every conceivable aspect of the universe––from the most minute biological entity to the most colossal cosmological event––is meticulously, obsessively and tirelessly documented.

Both creative endeavors (the mythological and the scientific) are driven by a most passionate human desire, to unlock the mysteries of creation and destruction, growth and decay, life and death. So we may no longer be forced to surrender to elemental forces beyond our control. So we may have ultimate control over our own destinies.