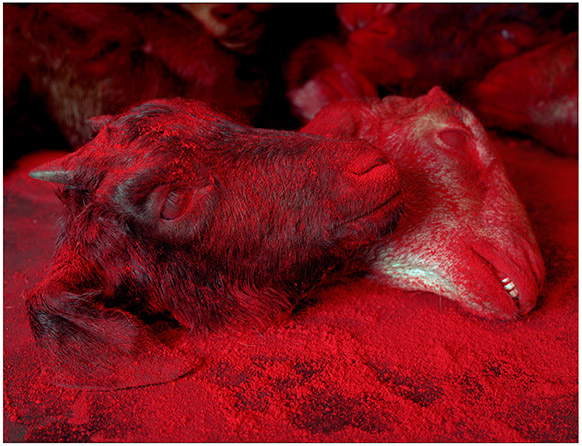 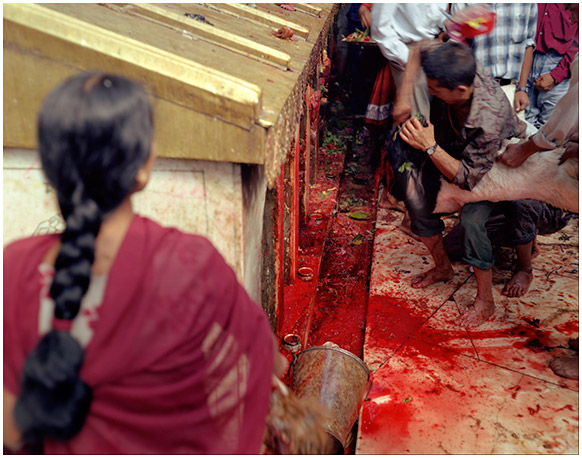 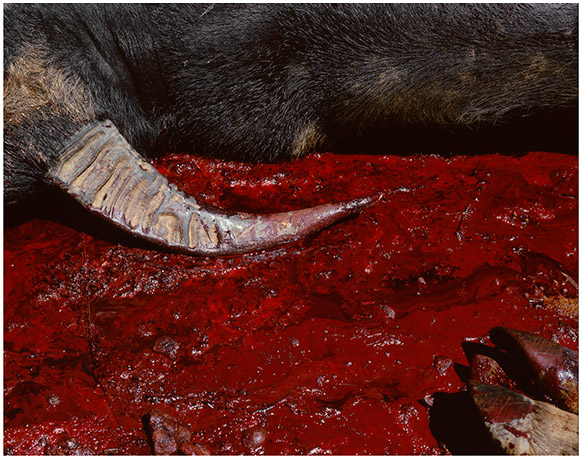 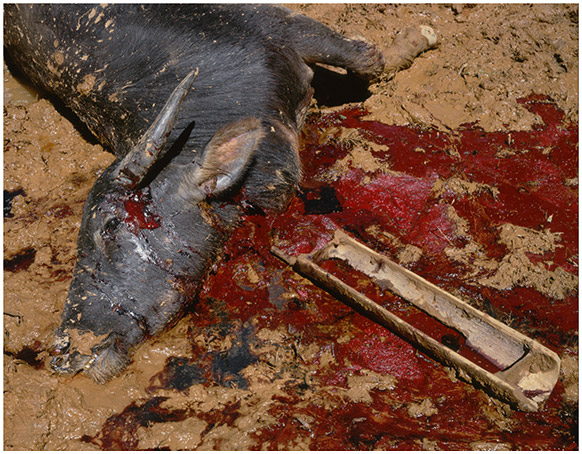 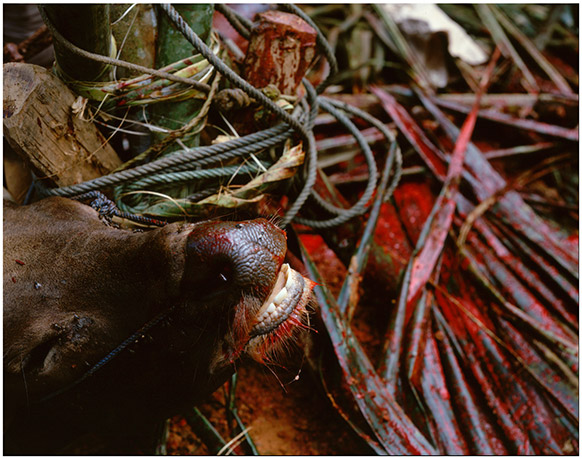 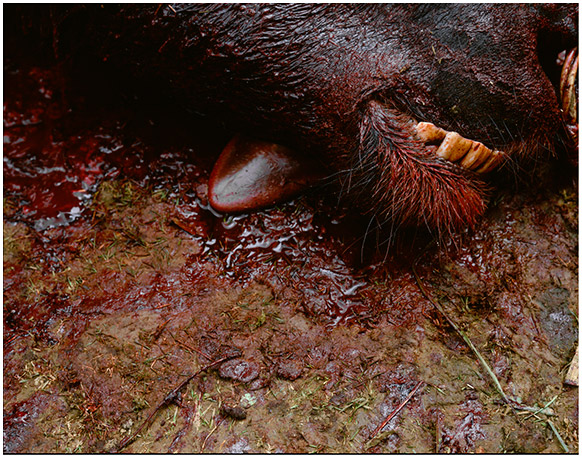 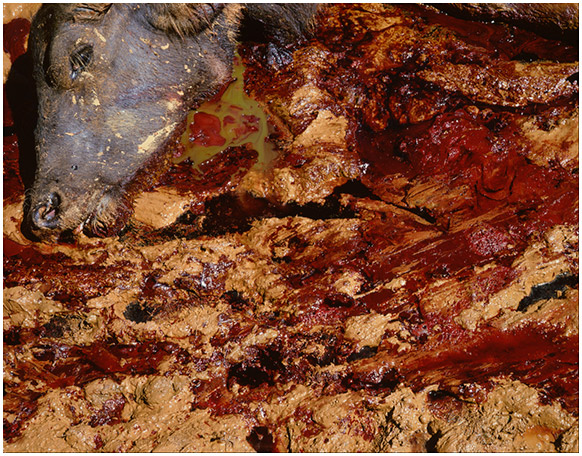 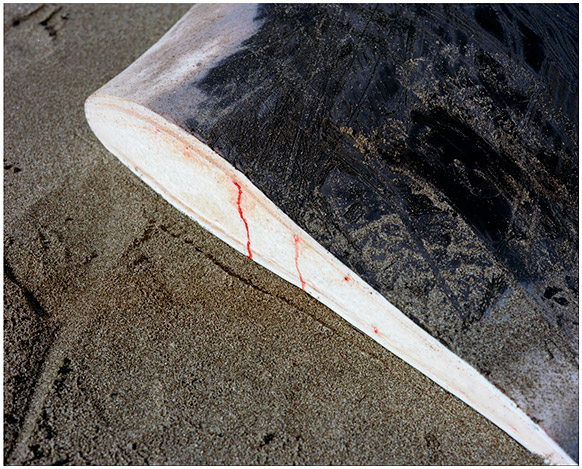 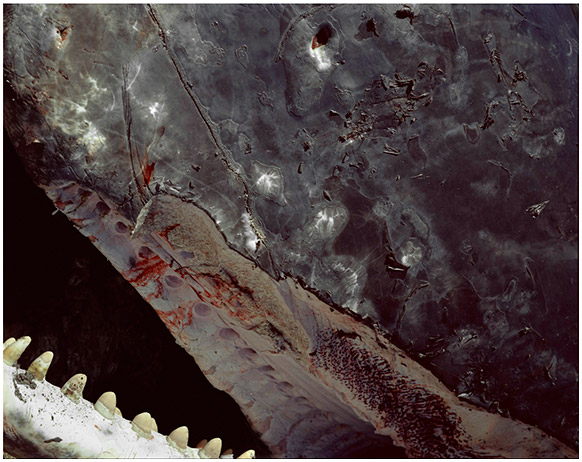 Once I set my heart on a thing, I bite down, and the world narrows to that bright point. The dying animal pounds and thrashes and moans as life and death mingle in the body. This mingling is visible and insubstantial as a rainbow, as smoke. The animal collapses, shivers and stills. Live flesh, responsive, intelligent flesh has become dead meat. Inert matter. Watching this is like being ripped apart and put back together. I wipe my face and look at my stained hands. I’ve been dressed in blood.
–Cara Cole, Kathmandu; Revelation and Disaster

Since 1996 I have researched and documented sacrifice rituals throughout the globe. I do so with an artifact from another era: the 4″x 5″ camera. I have documented Hindu Sacrifices at the temple of Dakshinkali and in the city of Kathmandu. In 1998 I expanded my work to include Animist celebratory funeral sacrifices in Tana Toraja, Indonesia and Animist harvest sacrifices in Sumba, Indonesia.

I am often asked why I would choose to focus my work on such a seemingly grim subject. There are of course anthropological reasons. The rituals themselves are changing. They will die. But much of what drives me is personal. Witnessing and participating in these extraordinary ceremonies count among my most profound encounters with mortality. These sacrifice rituals grounded in the consciousness of the reciprocity of life and death, a recognition that life support necessitates death administering, are intoxicating. On occasion I have been swept into the river of religious transportment.

And I have been hurled out of that river. I must admit conflicting desires. I wish I could do more than simply frame and shoot lakes of blood as they seep out of dying bodies. Do more than place my hands in those secret rich places where memory and desire—a life—dwelled. I examine the interiors of these bodies and wish I could perform my own miracles upon the flesh. I wish I could reverse the tide of time and bring the dead back to life: to make blood rush into the body instead of out, to inflate collapsed lungs with fresh breath, to seal gaping wounds neatly and invisibly, as though the wounds were never there at all. This work is a collaborative project with artist Bradley Corman.